Listen up, people. It’s that time of year again. The sun is shining, the birds are chirping. And the 2016 NFL Draft is upon us. My cup runneth over. If you’re into football, you’re probably going to Mel Kiper, Jr. or Todd McShay for your draft insights. I understand. But for those slightly less invested in the analytic nuances, this one’s for you. Sharing is caring, kids, and everyone deserves to be so positively dazzled by the wonderment that is Draft Day. So, I’m bringing you a different angle. An angle from which we ignore the on-field successes of the tight pants wearers and focus on something nearly as crucial: the beauty of the wearers themselves. So, here we are, your top five first round draft picks of the most stunning creatures in this year’s NFL Draft:

This handsome kitten is a baby-faced sweetheart. That face may contort a bit tonight, though, when he realizes his best shot at professional mediocrity is a fifth round pity pick by the Browns, but for now we can enjoy the scenery.

This one’s sure to draw some mixed reviews, but we’ll march onward. A top ten shoe-in, young JB here is also built like a tree, sports Tim Riggins-esque hair (he should be so lucky), and bears the most striking resemblance to Bruce of Finding Nemo since Notre Dame’s own Jeff Samardzija. What more could you want, you know? 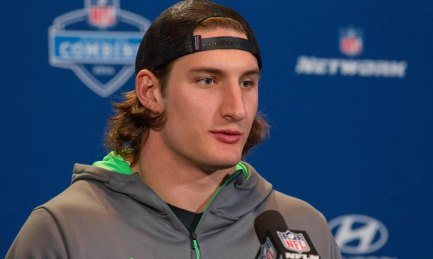 Teams aren’t exactly lining up for this stunner in red. It could be a rough day for poor Joel. To think of those flowing locks in any sort of distress is almost too much to bear. 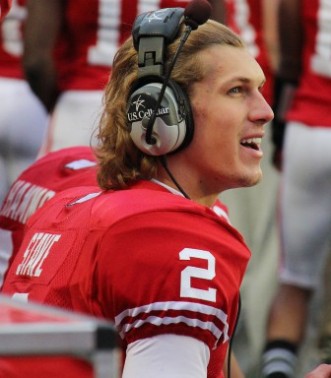 Success is sexy. And if there’s one thing Jaylon Smith has, it’s success. Let’s drop the knee injury. He’s back. Seriously. Cut the shit, McShay.  He may not go number one today, but when you lead your team with 113 total tackles in a season to become one of only two players to record triple-digit tackles in consecutive seasons (I’m, like, super unbiased and not personally invested in this matter whatsoever, guys), you most certainly deserve the number one spot in this draft. Which I’m sure is equally as gratifying as the real thing.